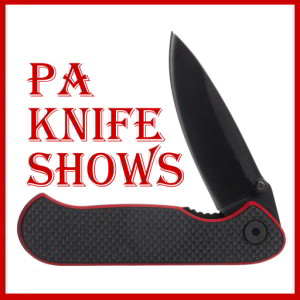 The Lehigh Valley Knife Show Spring Show began in the early 1980s when Bill Goodman was a charter member of the the Eastern PA Knife Collectors Association.

Bill Goodman began the Fall Show in 2007. Then in 2018 Bill took over the Spring Show, as well. In the summer of 2019, the show’s promoter, Bill Goodman, was suddenly admitted to the hospital. But in a matter of days, the show was resurrected by Bryan Wyszkowski, knife collector and writer for Knife Magazine, along with Fred Eisen, knife purveyor and owner ArtKnives.com, and his wife, Sharon Flanagan, past co-producer of the New Hope Arts & Crafts Festival.

Fred and Sharon formed PA Knife Shows LLC to produce future shows in Bill Goodman’s memory. Bryan and his wife, Vicki Wyszkowski, have been helping to produce the April 2020 Show, which due to CDC recommendations has been postponed until September. And now, based on PA Covid-19 mandates, the September Show has also been postponed. Save the dates for the April 2021 Show on April 17-18th at the Chrin Community Center.